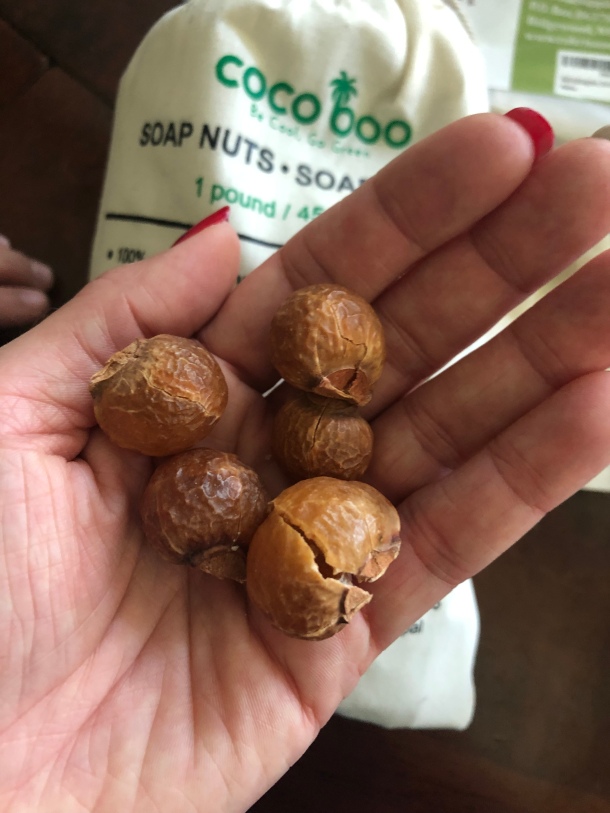 For many years I have made my own laundry detergent. Driven along mostly by my frugality in trying to save money while doing laundry for seven people, but also liking to make sustainable products which work…I like successes!

When I first ventured into the world of DIY laundry detergents, I tried out a liquid version. Over the course of a few weeks of sweaty, summer laundry I realized it wasn’t going to cut it. The clothes developed a distinct musty scent and were sort of dingy. So, I gave up that DIY liquid detergent.

A couple years later I came across a homemade powder recipe and tried it and it works wonderfully! I’ve continued to make and use it for the last six years or so (minus the last few months, mostly due to not wanting to put forth the effort of making a batch). You can find my powdered Homemade Laundry Detergent post and recipe here.

Last week, a friend tagged me in a Facebook post about soapberries (also known as soapnuts – which aren’t actually nuts so are safe for those with nut allergies). Soapberries when used come laundry day (or laundry DAYS in my household) are a completely natural alternative to commercial detergents! I was intrigued. One way to utilize them is to throw 4-6 soapberries into a small drawstring cloth bag (or use a long and old loner sock and tie it on one end if you don’t have a draw string bag, but one came with my order) and throw in the wash with your dirty clothes. That’s it! The saponin which is a natural soap in the dried soapberries is activated by the water and released into the wash to do it’s thing. The soapberries can be reused up to 10 times, or until they are soft, grey, and when run under hot water and squeezed don’t produce any suds (I do this in the bag before the start of the load). I’m on load #8 with still good results, but am figuring they only have enough cleaning power for another load or so. 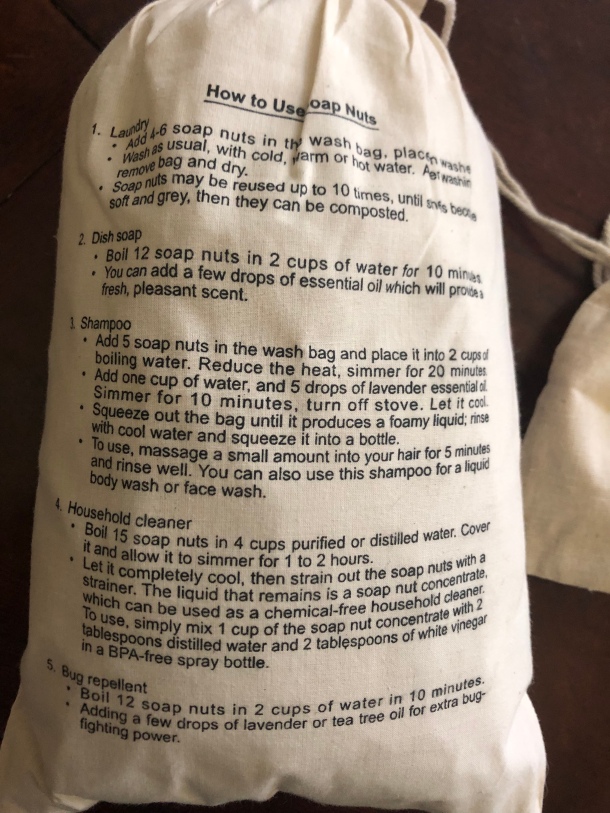 Tip: hot and warm water do a better job of releasing the saponin, so if you need to do a load of laundry using cold water soak the bag of soapberries for a few minutes in hot water to activate the saponin before adding it to the load.

Also, if you use only hot water to do your washing, the saponin will be released faster so you therefore won’t get as many uses out of them. 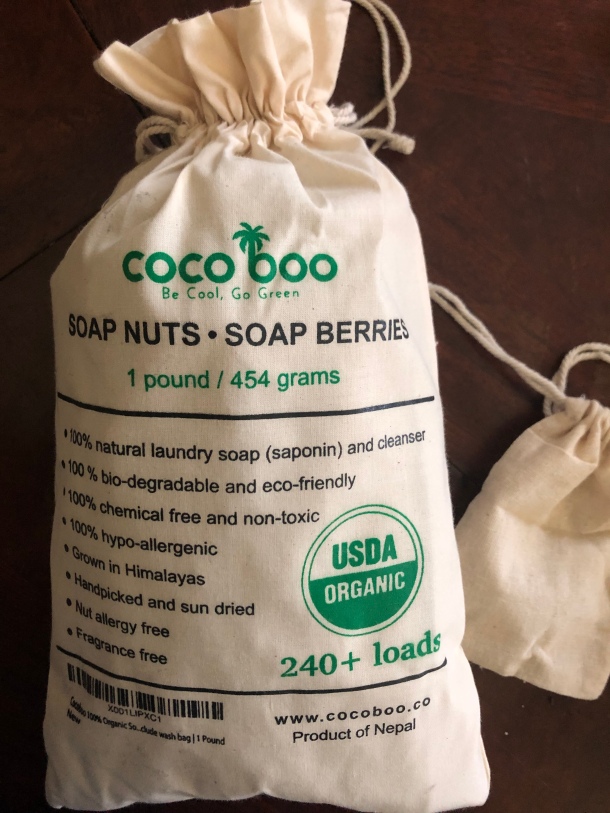 I asked friends on Facebook who have experience using soapberries for any tips they might have. A comment I received a couple of times was that they work great, but if you have extra dirty or stinky laundry you may want to add a laundry booster like Oxiclean to those loads. Another comment was still needing to pretreat clothing with stains on them before adding to the wash, which seems fair enough.

So far in my trial run of using these soapberries in their current form for a natural and chemical free laundry detergent I can’t complain. They’ve worked well. The clothes look and smell clean (no scent at all really), and don’t feel stiff or weird (which I noticed when using homemade liquid detergent).

I will follow up with another post soon on making/canning liquid soapberry laundry detergent. “Can it?” You may ask? …Because if I’m going to go to the effort of making it, I’m going to make a lot at once and preserve it for the future. It’s how I roll.

If you have experience using soapberries for laundry, cleaning, shampoo, or body wash comment below with your insights, tips and reviews. I’d love to hear from you!

Kefir {a great source of probiotics!}

2 thoughts on “Soapberries as Laundry Detergent”